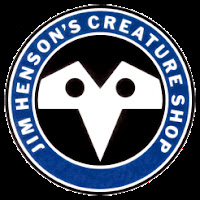 The eight-episode series will see contestants compete for cash and a job working at the studio.

The NBCUniversal-owned cable network has ordered eight episodes of Jim Henson's Creature Shop Challenge, a competition series in which the winner will receive $100,000 in cash and a job at the world-renowned studio. Each episode will see 10 contestants competing to build mechanical characters and whimsical beasts and bringing high-end inanimate creature designs to life.

Brian Henson, chairman of The Jim Henson Co. and Creature Shop, will serve as the lead judge on the series. Brian Henson is also an award-winning writer, director and producer as well as a creature designer who learned from his father, Jim. His credits include Labryinth, The Storyteller, Farscape, Muppets Tonight and Dinosaurs, among countless others.


"As Face Off does with SFX makeup application, Jim Henson's Creature Shop Challenge showcases the incredible imagination and artistry of lifelike creature construction," Syfy original content president Mark Stern said. "The Creature Shop has set the bar for a caliber of work that is unmatched in quality, design and sheer imagination." Designer Peter Brooke, animatronics master John Criswell and fabrication/artistic specialist Julie Zobel -- all fixtures at the Creature Shop -- will serve as mentors on the series. Brian Henson will exec produce alongside his sister/Henson Co. CEO Lisa Henson, who during her tenure as Columbia Pictures president oversaw features including Men in Black. Joseph Freed and Rob Bagshaw will also exec produce. Creature Shop Challenge will premiere in the first quarter of 2014 on Syfy, which has Face Off in its fifth season.

Posted and/or Written by MuppetsHenson at 7:21:00 am