‘Jim Henson’s The Dark Crystal: The Novelization’ This June 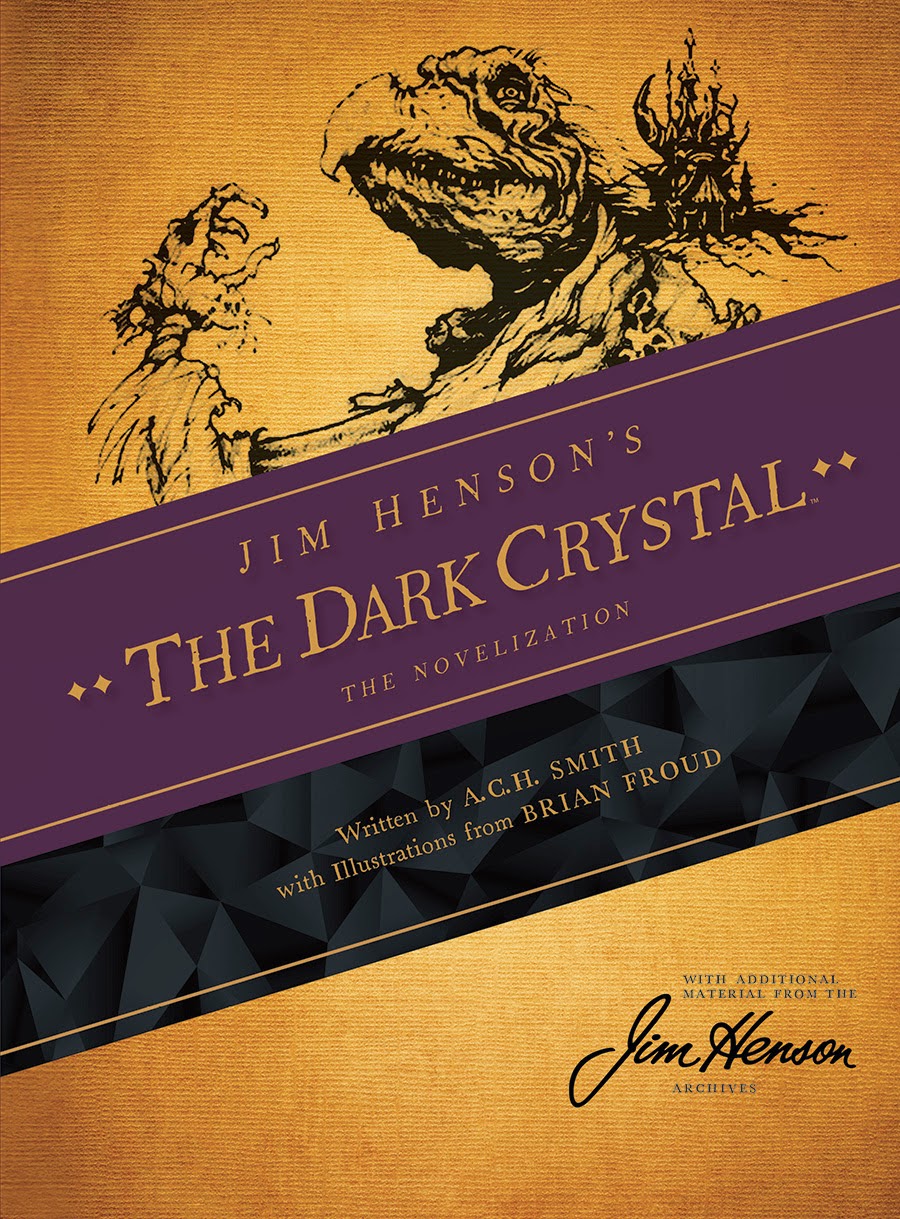 Fans of Jim Henson’s novels have much to rejoice this year as Archaia reprints them all. “Jim Henson’s The Dark Crystal: The Novelization” is the second of three planned hard-covers to come via Archaia through a collaboration with BOOM! Studios and The Jim Henson Company. The first book, “Jim Henson’s Labyrinth: The Novelization” was released in April to much fan-faire. Like that book, “The Dark Crystal” will come with never before seen illustrations and concept art by artist Brian Froud.

The novelization of “The Dark Crystal” was collaboration between A.C.H. Smith and Jim Henson of the highest level so to see The Jim Henson company work with Archaia should excite Henson fans for the coming release. Archaia is known in the publishing industry for producing collections with exceptional quality and workmanship. The official press release from BOOM! Studios & Archaia can be found below.


ARCHAIA AND THE JIM HENSON COMPANY SET TO DEBUT 'JIM HENSON'S THE DARK CRYSTAL: THE NOVELIZATION'

JIM HENSON'S THE DARK CRYSTAL: THE NOVELIZATION, written by author and playwright A.C.H. Smith and overseen by Jim Henson, reprints the long-out-of-print prose novel of the classic 1982 fantasy film for the first time in hardcover and features illustrations and concept designs by legendary illustrator and concept artist Brian Froud (The Goblins of Labyrinth, Faeries) that have never before been published. The book also contains an exclusive peek into Jim Henson’s creative process with a transcription of over 20 never-before-seen pages of his detailed notes on an early draft of the adaptation.

“There’s an entire generation of Jim Henson fans who never had the opportunity to enrich their enjoyment of classics like Labyrinth and The Dark Crystal with the prose novel adaptations,” said BOOM! Studios Editor-in-Chief Matt Gagnon. “We’re honored to be working with The Jim Henson Company and The Jim Henson Archives to give these reprints the Archaia treatment and present them in beautiful new editions.”

Archaia began publishing comic books and original graphic novels based on The Jim Henson Company’s most popular titles in 2010 with the FRAGGLE ROCK comic book series and has consistently published new projects since that time. Archaia’s relationship with The Jim Henson Company resulted in the Eisner Award-winning JIM HENSON’S TALE OF SAND, based on the lost screenplay by Jim Henson and Jerry Juhl and illustrated by Ramón Pérez, along with critically acclaimed interpretations of JIM HENSON’S THE STORYTELLER, THE DARK CRYSTAL, and FRAGGLE ROCK.

Posted and/or Written by MuppetsHenson at 7:27:00 am