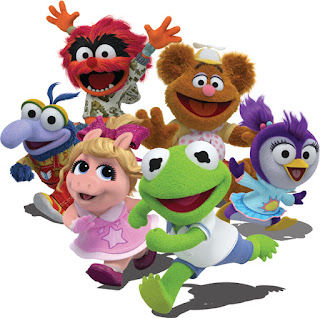 Muppet Babies will make your dreams come true, in this case it’s taken them 27 years to reboot the “Muppet Babies” franchise, but was it worth the wait? Kermit, Piggy, Fozzie, Gonzo and Animal have all returned, a little less mature this time around, compared to their last show back in 2015. All five of them, still remain true to their adult Muppet counterparts, in my opinion this is the best representation of these characters in years. This reboot has been a wonderful surprise, especially since it was not created solely to sell toys, but rather to help The Muppets grow as a franchise. This show is so good, I only wish it would have been created sooner, I can’t wait to see what it accomplishes for the Muppet brand as a whole. Firstly, it’s full of Easter eggs, to keep Muppet Fans excited and secondly it continues to develop its own show, properly reintroducing these characters to a younger generation. 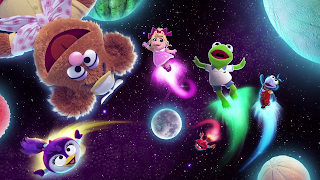 Kermit is energetic and excitable, Piggy is mean and lovable, a balance grown up Miss Piggy has not been able to keep over the years and Fozzie is naïve and funny, not necessarily stupid and unfunny. Gonzo’s weird as always and Animal seems very natural, even when having a conversation with another character. Camilla is in the mix too, joined by two other tinier chickens and Nanny’s legs keep on walking around as always. Summer Penguin is the newest addition to join the Muppet baby characters in their playroom. Summer found herself in a difficult position, she was already not liked by many fans, even before she was introduced, me being one of those fans. In the episode titled “Super Fabulous Vs. Captain Icecube” Piggy felt the same way, she didn’t want to play with Summer but after eleven minutes of superhero fun, Piggy warmed up to Summer, so did I, I didn’t want to be a little miss piggy any longer. Four episodes into the show, and I’m already able to consider her a Muppet, in my opinion she’s a nice welcomed addition to the group. I think this show stays very true to the characters, more so than the original series, the writing is perfect, as well as the voice casting. It’s easier to introduce a new generation of kids to computer animated Muppets, rather than puppets, let’s hope the characters become important enough to them, that they will continue to follow them into adulthood and discover all of Jim Henson’s past productions. 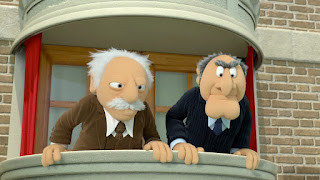 The animation looks amazing, the characters although created using computer generated animation, still keep their fuzzy, puppety texture. Statler and Waldorf return too, remaining as old as always, this is a perfect tease, of what can be accomplished in the future, with the Muppet brand. The Muppets will always be puppets, that is why this brand is so unique, puppet productions in my mind, can never be overlooked for a computer animated show. However, if the Muppets had a show or two, various movies in production, if the performers were so busy, and more content were needed, I would definitely not be opposed to a computer animated Pigs In Space series. Keeping this same style of animation, as well as all the original performers, voicing their characters. I find this animation very impressive and suitable for The Muppets, can’t wait for more characters to start appearing soon. 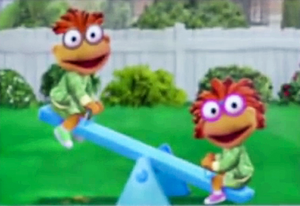 The playroom is full of pictures, hinting at us, that the world of the Muppet Babies is much larger, than what we witness inside the playroom. Pictures of baby Mahna-Mahna, Snowths, Swedish Chef, Dr Teeth, Janice, Floyd, Zoot, Sam the Eagle, Sweetums, Lew Zealand, Bunsen, Beaker Pepe and most excitingly (for me) Scooter and Skeeter too, decorate the playroom. The show on its own is entertaining enough to keep anyone interested but for the grown up adult Muppet Fans who feels weird watching Disney Junior, this just makes us want to keep watching more. Fans will be excited to continue meeting baby versions of their favourite characters and kids will find new favourite characters as they go meeting existing Muppet characters for the first time in baby form. In the episode “One Small Problem” we are already introduced to baby Bunsen and Beaker, based more on their adult personalities than their original baby personalities. When Kermit got his groove, Muppet Fans were also treated to the first ever appearance by baby Rizzo, and Rizzo’s first appearance overall, since Steve Whitmire stopped performing with The Muppets. In the episode “The Blanket Fort” baby Piggy has began showing a lot of Miss Piggy’s actual characteristics, I’m very excited to see this progression in her character, I find it very funny and my nephew finds it even more hilarious.


Each episode begins with a reprised and just as catchy version of the original theme song, and the Muppet Babies continue to sing, at least one song per episode. The other day my nephew was excitedly singing “Muppet Babies, they make their dreams come true”, as much as he likes the Muppets, it was the catchy song that had him singing, I remember the song of the original series having the same effect on me at that same age. Different forms of animation are used throughout the series, similarly yet drastically different from the original show, I find this very creative and unique for a children’s show, in this day and age. Muppet Monster statues are scattered throughout various locations, resembling characters including Sweetums, Big Mean Carl, Behemoth, Luncheon Counter Monster, Boppity and Thog. In the episode “Hatastrophe”, Kermit enters the playroom from outside, yelling “good morning” as he 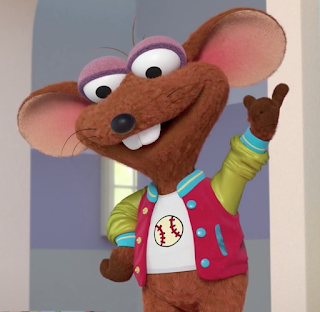 runs in through the front door. Unlike the original series, we can now assume the Muppet Babies don’t live inside the nursery and instead use it as a day care. In the episode “Piggy’s Time Machine”, the Muppet Babies visit their future selves and have no idea it’s them, hopefully young fans will pick up on the connection, if they hadn’t so already. 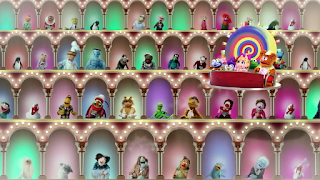 In 2015 the Muppets returned to prime-time television and people quickly realized, this was more an adult oriented show, than anything else. This time around it’s more than fair, that children get their own Muppet show. Sadly, this is not what family entertainment stands for, taking a brand, and creating different shows targeted at specific age groups, family entertainment means entertainment the whole family can enjoy together. I was expecting a very childish show, one adults would cringe whilst watching but instead we got one of the first productions, since The Walt Disney Company purchased The Muppets, which actually contains the Muppet magic that I feel has slowly been lost throughout the years. If a Muppet Babies reboot airing on Disney Junior, can be entertaining enough to keep Muppet Fans happy, there is no reason, an actual The Muppet Show reboot could not do the same thing. The magic is still there, yet the right creative team needs to be put in charge to find that magic, and in this case, I believe the creative team behind Muppet Babies have demonstrated, how you make a successful Muppet show.

Posted and/or Written by MuppetsHenson at 7:45:00 am