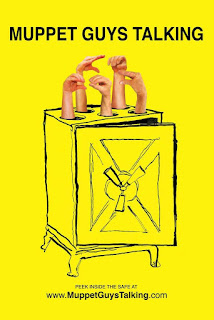 Muppet Guys Talking feels like a conversation you never want to end, I’m glad they have many additional hours of footage, I hope we get to see it all. I sat down for over an hour and by the time the documentary ended, I felt as though I had only been watching for five minutes. For the first time, in a long time, I felt the urge to watch a Muppet related production on repeated viewings, straight away. The Muppets (2015) was good, it included Muppets, this documentary on the other hand lacked Muppets, but still kept their
spirit, I could not wait to watch it again immediately. 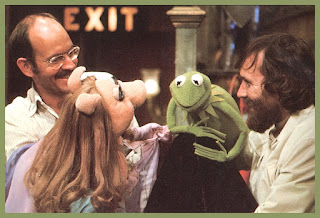 This proves how valuable the team beneath The Muppets are, they are the characters, and they bring life to The Muppets. Victoria Labalme as well as everyone else involved, achieved their goal, I can’t speak for all fans, but it my case, I was moved, inspired and have an even greater appreciation for what The Muppets stand for, than I had in the past. The Muppets as a franchise are known for these lovable characters but as a team, there is a lot more to being part of The Muppets. 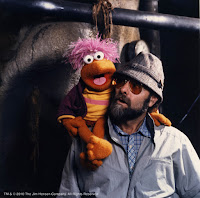 Jim Henson was very selective on who he chose, as Dave Goelz explained, determined to meet the people he eventually met. I for one am very glad, he never gave up on the people who he hoped to become part of The Muppet team. Years after his death, a select few, have gathered together, in his honour, to keep his legacy alive.
In this case not necessarily a Muppet legacy, but rather what Jim Henson stood for, and what he hoped his Muppets would represent, even years after he was gone. The silliness, the fun and love, shared between this group of people is just as entertaining to watch, even without Muppets covering their hands. This was a truly enjoyable documentary, it was fun, entertaining, deep, informative, and a step in the right direction, these were The Muppets, except without the characters on screen. Unfortunately we don’t have Jim Henson anymore, but we still have the people he worked with, the people who learned from him. These people are the ones who continue Jim 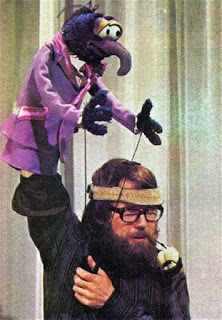 Henson’s legacy, by treating fans of Jim’s work, just as he would. I’ve met various people from this team in the past, including Steve, Bill, Peter, Matt, Eric and Dave, they are all so kind, welcoming and Jim-like. It’s a happy, positive, comfortable vibe, when you’re around them. Jim Henson didn’t just leave a legacy of characters behind for fans to appreciate, he left a legacy of great people behind too. These people share Jim’s views and appreciate life, as Jim did, being a Muppeteer, isn’t simply about puppeteering a Muppet. 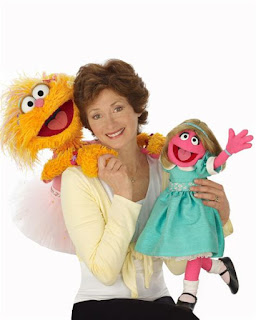 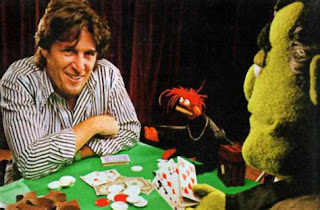 In this documentary we learn poor Fran Brill had to wear specially tailored boots, which made her stand tall, alongside her fellow male Muppeteers, whilst performing. Bill Barretta explains the difference between performing Dr Teeth and Rowlf, specifically what he learned from Jim Henson, when performing the actual
voices of these two characters. Dave Goelz shares his insecurities through his characters and Jerry Nelson informs us, he had a bad marriage. My favourite part in the documentary comes from Jerry himself, when explaining about his audition for Jim Henson. Jerry explains, sending a recording with a voice, very similar to a voice, Jim already performed, and Jim himself told Jerry not to do that voice anymore, he did that voice. Hearing Jerry Nelson imitate Jim’s Kermit was the highlight for me, of this whole documentary. The Muppets hold a special place in the hearts of these performers, as does their relationships, this documentary details this well. As Frank Oz has explained, if you do something you love, when your career is gone, when there is no money left, you will still look back with fond memories, you had spent time doing what you loved, everything else was just a bonus. 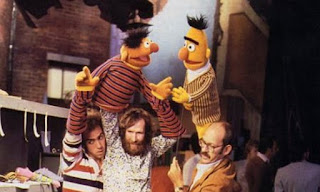 What I found most interesting was that these Muppeteers began as fans of Jim Henson’s work, and through their inspiration and dedication, they’ve ended up keeping his legacy alive. Bill Barretta for instance, has now taken over the role of Rowlf, Dr Teeth, The Swedish Chef and Mahna-Mahna. Working at Sesame Place, one day, whilst cleaning toilets, Bill witnessed Jim Henson walk in through the main entrance. Bill left his post and walked up to Jim and finally met the man, who had replied to his Brother Gene’s letter, all those years ago. Dave Goelz once took a day of vacation from work, to drive up to a puppet festival Frank Oz was performing at, specifically to meet him. Dave asked Frank what Grover’s nose was made out off and Frank replied “I really don’t know, we have people who do that kinda stuff”. Frank’s response did not stop Dave from asking him a second question, he asked Frank, if he were ever to reach New York, might he be able to visit Sesame Street, Frank replied “just call me when you get there”. That’s exactly what Dave Goelz did, a few months after, he finally made it to New York and after searching through the phonebook, he ended up calling Frank. That day, Dave found the answer, fans have been asking for years, can you tell me how to get to Sesame Street? Apparently you just travel to New York and then call Frank Oz. Jim Henson once asked Fran Brill to create a sweet little girl, Prairie Dawn was born. As the years went by, Fran made Prairie Dawn her own character, one that became very wilful, she even began directing people, she became part of Fran. I’ve always wanted to know more about Frank Oz’s connection to The Muppets, unfortunately for the longest time, this important member of The Muppet team, had been a mystery to me. Muppet Guys Talking finally helps me understand who Frank Oz is, and why he was Jim Henson’s greatest collaborator, thank you Frank Oz for agreeing to make this documentary, it was well worth the wait, you are a remarkable talent.
Posted and/or Written by MuppetsHenson at 8:06:00 pm